President / National Scouting Director
iwilson@firststatepreps.com
(302)494-3575 (cell)
Areas Served: Delaware, Maryland, Pennsylvania, Virginia, New Jersey, National Open Territory Prospects
Ike Wilson is the National Scouting Director and President/Owner of First State Preps Athletic Scouting & Recruiting, LLC. He has been a mentor and advocate for student-athletes over 15 years and since 2012, Ike and his scouting staff have worked with 100’s of families and personally coordinated the recruitment of many student-athletes in Delaware and the surrounding Mid Atlantic Area to top collegiate programs all across the country. First State Preps was established to overcome the disconnect in college recruiting by empowering student-athletes and their families to take control of their future by adding structure to their recruiting process.

Establishing himself as a very successful Director of Collegiate Scouting in the Mid-Atlantic Area and learning the business of college recruiting through the world’s preeminent scouting organization, National Scouting Report, Ike implements strategic recruiting methods for his athletes that have resulted in millions of dollars in scholarship funds. Through his personal conversations with college coaches over the years and going thru the recruiting process with 100's of athletes, he has the experience and vast recruiting knowledge pertaining to a wide variety of collegiate sports. He was NSR’s Director of Scouting in the state of Delaware for 5 years before founding First State Preps Athletic Scouting & Recruiting.

A two-sport standout (football & basketball) at Glasgow High in Newark, Delaware; Ike was fortunate enough to have the opportunity to continue his athletic and academic career at the collegiate level. His athletic, personal and professional experience along with his history of coaching, training and working with young people has led him to the work he does today.

Ike completed his education at King’s College in Pennsylvania, receiving a Bachelor’s degree in Business Management, and a minor in Marketing. During his time in college, he played Quarterback and Defensive back for the Monarchs football program.

Ike resides in Delaware with his beautiful wife and 3 amazing children. He enjoys spending time with his family and friends as well as attending local sporting events to scout and support the student-athletes and families in his community. 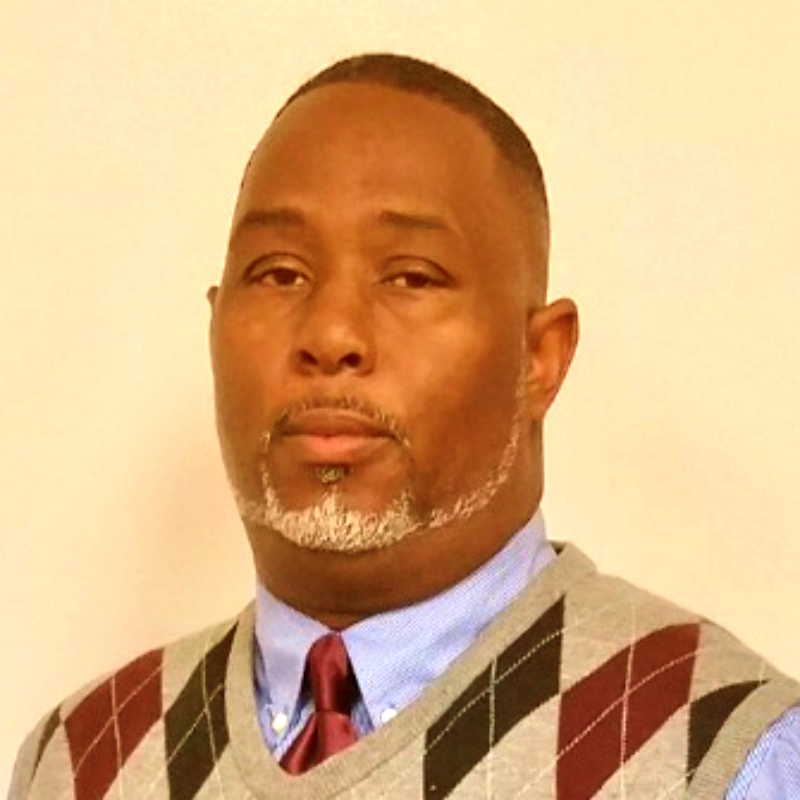 Area Scout / Recruiting Coordinator / Academic Advisor
cbrown@firststatepreps.com
(302)241-8843 (cell)
Areas Served: Delaware, Mid-Atlantic Region, National Open Territory Prospects
Coach Carlton Brown hails more than 22 years of coaching experience in both football, basketball, and track and field. He has coached in the Delaware Blue and Gold All-Star game 5 times! Coach Brown has recruited more than 50 students to college sports programs, most notably Trip Thurman to the Florida Gators who was later signed to the Cincinnati Bengals, and Kamal Abrams who was recruited to the University of Connecticut.

Coach Brown is also the founder of The Missing Links, a non-profit organization whose mission focuses on providing education to students to help them maximize their potential in the classroom and in athletics. 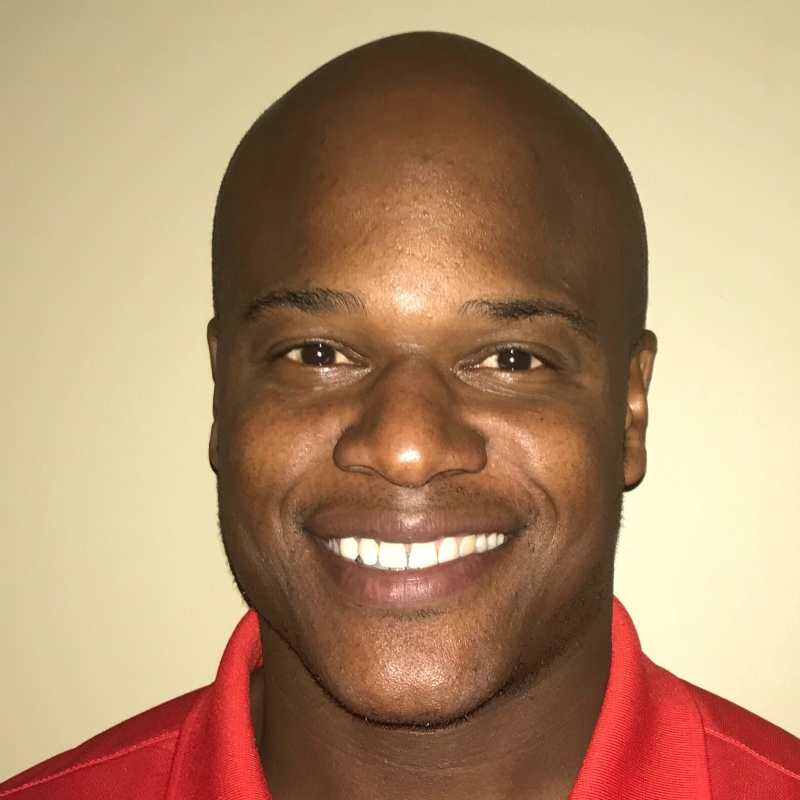 Corey was a 4 year starter for Kings College basketball team and left as the men’s basketball teams all time leading scorer (2,059pts). Corey was also inducted into the MAC (Middle Atlantic Conference) Hall Of Fame. After college, Corey went on to play professionally overseas in the Icelandic and Irish professional basketball leagues. After basketball, Corey began to use his degree in Criminal justice and now serves as a Detective for the Dauphin County Criminal Investigation Division. He has remained a youth basketball coach in the Harrisburg area and enjoys developing athletes of all ages; while also motivating and safely coaching Crossfit and FF-X athletes at Signal 5 Crossfit in Harrisburg, Pennsylvania. Corey is happily married and a father to 4 beautiful children. 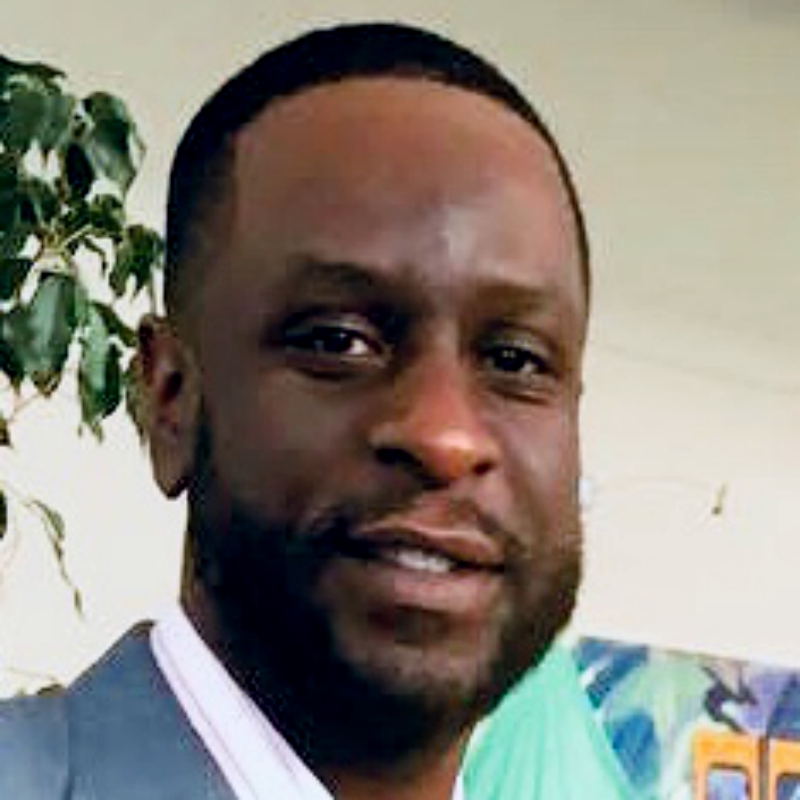 Murray was drafted by the Milwaukee Bucks with pick number 42 in the second round of the 2002 NBA Draft, after being NCAA's Division II Player of the Year during his senior season at Shaw, as he led the Shaw University Bears to the Division II Final Four in basketball.

In his first few NBA seasons he played for the Bucks and for the SuperSonics in Seattle, where he developed as a scoring threat in 2003–04, substituting for Ray Allen who missed 26 games due to injury. Murray a 6’4 combo guard, made a name for himself in the NBA with his ability to score the ball from all over the floor and provide instant offense as a sixth man. Over the course of his eight-year NBA career, he averaged 9.9 points and 2.3 assists while playing just 22.7 minutes per game. His per-100-possession stats for his career are impressive – 23.2 points, 5.3 assists and 4.8 rebounds – since his minutes were relatively limited.

Throughout his time in the NBA, Murray had stints with the Milwaukee Bucks, Seattle SuperSonics, Cleveland Cavaliers, Detroit Pistons, Indiana Pacers, Atlanta Hawks, Charlotte Hornets and Chicago Bulls. He resides in Pennsylvania with his lovely wife and children.

Career Notes:
-NCAA Division II Player of the Year during his senior season at Shaw University
-Led Seattle Super Sonics' 2003 summer-league team with 22.9 ppg
Sonics 2003 opening-night starter at shooting guard
-Scored career-high 31 points for Seattle on 11-23 shooting vs. Miami on November 18, 2003
-Scored 20 or more points in 10 of first 11 games of 2003-04 season, in absence of Ray Allen
-Selected to play in the 2004 Rookie Challenge. Representing the SuperSonics, Murray scored 25 points and dished out 10 assists for the sophomores.
-Tied career high 31 points for the Charlotte Bobcats against Orlando on November 16, 2009
-Has played for every NBA team in the Central Division (Bulls, Bucks, Cavaliers, Pacers, Pistons). 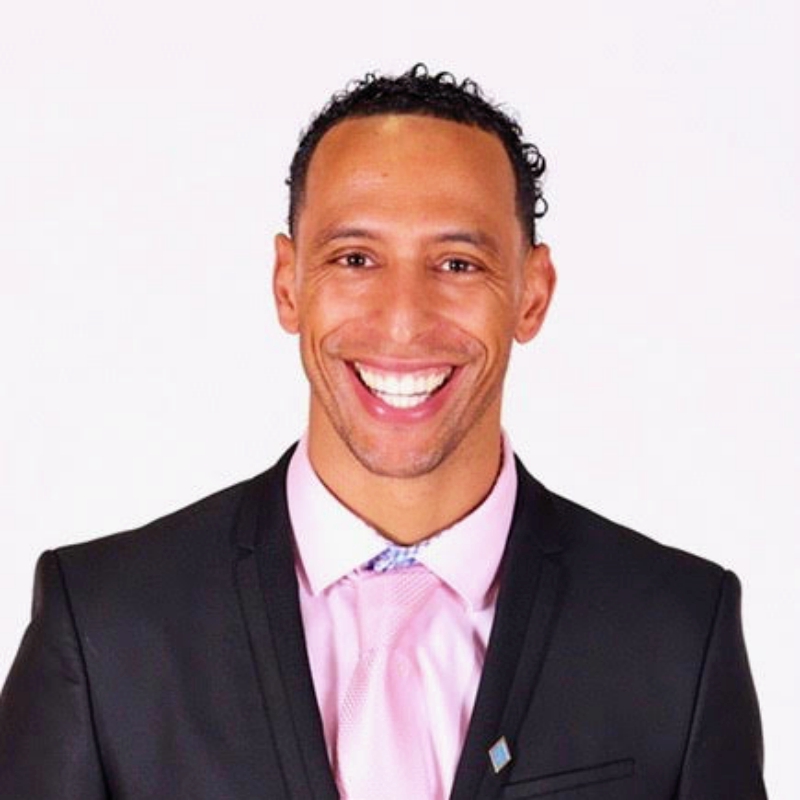 Area Scout / Recruiting Coordinator
jjeanne@firststatepreps.com
(302)442-0286 (cell)
Areas Served: Delaware, Maryland, Pennsylvania, National Open Territory Prospects
Jeremy Jeanne holds a Bachelor’s degree in Marketing Management, an MBA in Management and a Master’s in Education. Jeremy is passionate about educating through athletics and has seven years of experience as an Athletic Director. He is also the head men's basketball Coach at Glasgow High School in Newark, Delaware.

In his spare time, he enjoys traveling, watching sports and spending time with his lovely wife. 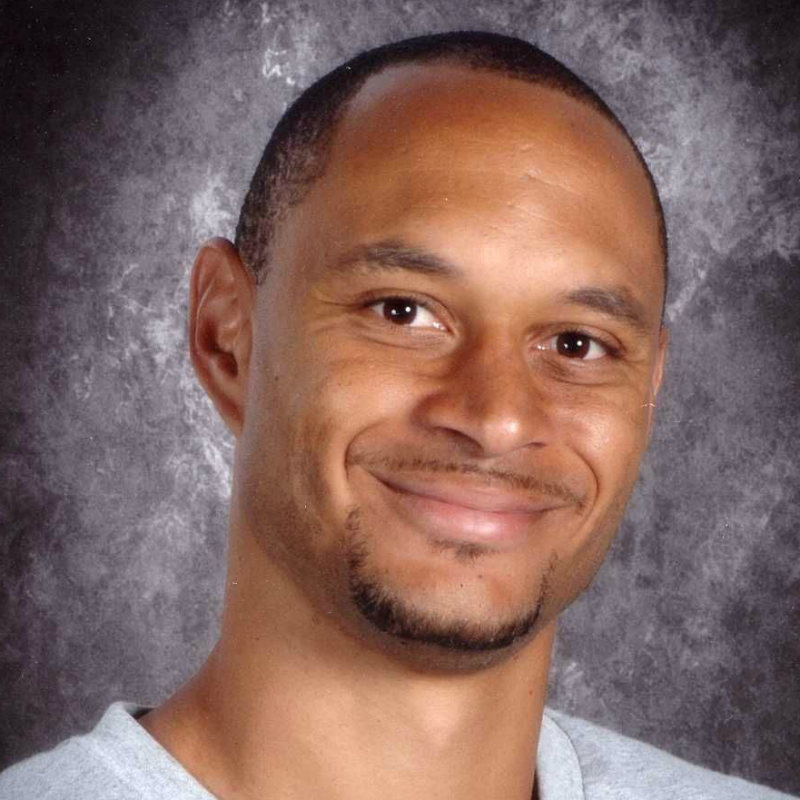 In 2000, Mr. Whitmore earned a B.A. in sociology at Western Carolina University. As a player on the university's Division I basketball program, he scored more than 1000 points in his career. Playing 486 minutes his senior year, averaging 13.1 points per game. After graduating, he played professionally in Europe from 2001 to 2006. Resides in Gaithersburg, MD. 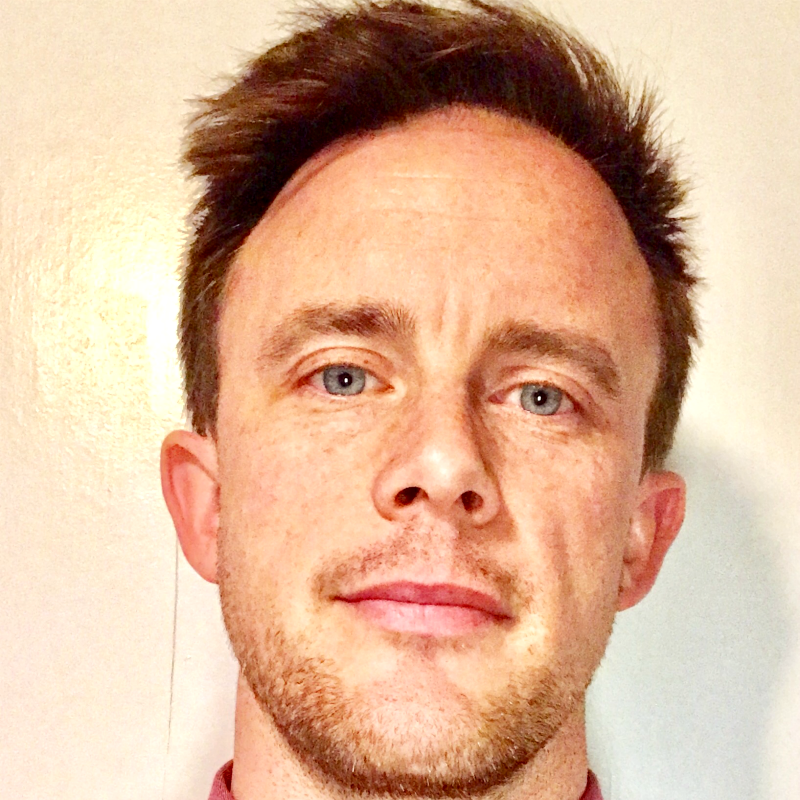 Area Scout / Recruiting Coordinator
scuster@firststatepreps.com
(717)602-7889 (cell)
Areas Served: Central Pennsylvania, Maryland, National Open Territory Prospects
Steve Custer grew up in Baltimore, Maryland, and has always been surrounded by great athletes in all sports. His passion is soccer and committed his time and energy to the sport earning him Allstate Honors as a senior and hall of fame induction at Dundalk High School. After narrowing offers and opportunities for colleges, Steve landed at Elizabethtown College in Central PA where he earned all conference honors in his Sophomore and Junior seasons and was named a Regional All American his Senior year.

After graduating from Elizabethtown with a Social Work Degree focusing on youth intervention, Custer made a decision to pursue a professional career with the Harrisburg City Islanders now named PENN Fc in the USL Pro League. In the first and second year on the team, he played a integral role in helping establish a permanent home for the new franchise. Unfortunately his career ended early with several ankle injuries leading to surgeries that prevented him from returning to that level.

His professional career opened up opportunities to continue being involved with the game he loves through training players and coaching teams at all levels over the past 13 yrs. Transitioning him from the soccer field to the medical field where he currently has been practicing as an Orthotist for Lawall Orthotics and Prosthetics in Hershey PA for the past 7 years.

Steve has a passion for health and wellness and has been partnered with Stark International for over 2 yrs. With the support of his wife and three girls, Steve is focused on supporting the dreams and goals of youth athletes in Pennsylvania, Maryland and surrounding states. 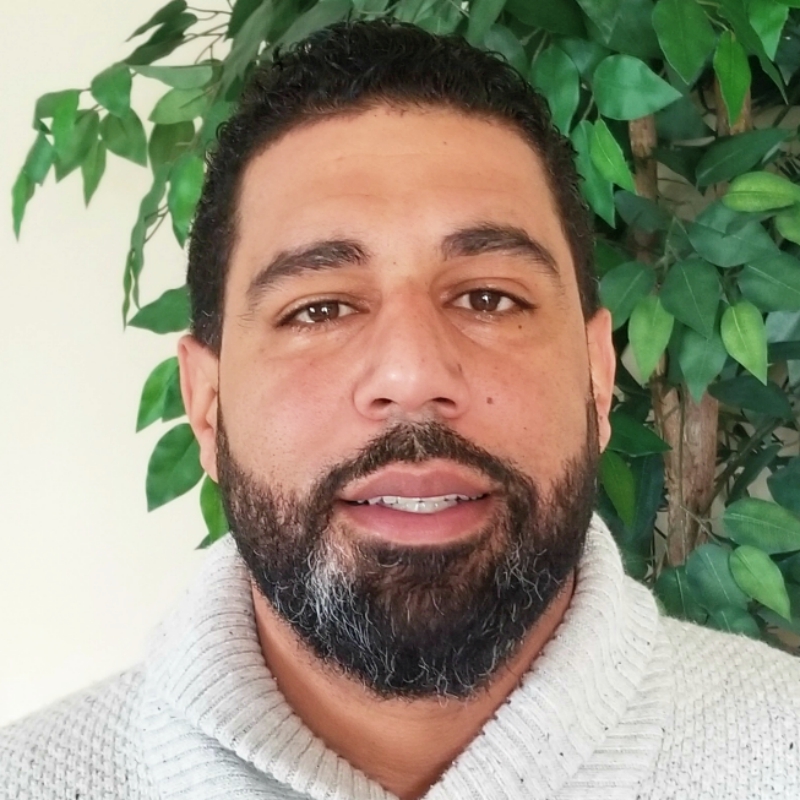 Area Scout / Recruiting Coordinator
wmacon@firststatepreps.com
(301)775-4883 (cell)
Areas Served: Central PA, National Open Territory Prospects
Enlisted in the US Air Force at 18. Stationed in MD, Korea, Turkey, Middle East, and back to DC. Started coaching youth basketball in Korea in 1998 and have not stopped since. Served as a mentor and coach at various levels around the globe and recognized by Department of Defense officials and foreign national leaders. While in Korea was selected to play on the base basketball team earning the privilege to travel overseas locations playing against and training with elite level “warrior athletes”. Also coached youth boys’ baseball in the MD area for 10 years.

Worked with local high school, college, and travel coaches. Since retiring and moving back to PA, has been coaching girls basketball and developing training plans for young girls through high school. Has built strong relationships and scouting network with local basketball trainers, high school and college coaches assisting with camps and personal development opportunities for young student-athletes.

• 21 years active duty retired veteran of the US Air Force
• Finished career at the highest level of the Air Force working for Presidential appointee (hand-selected position)
• Served as mentor and coach for 15 years around the world to youth of all backgrounds
• Driven by seeing success in others and making an impact as a community leader
• Prides himself on building relationships and bridging the gap between people that normally would not work together or know about each other
• B.S. in Information Systems
• M.S. in Emergency and Disaster Management 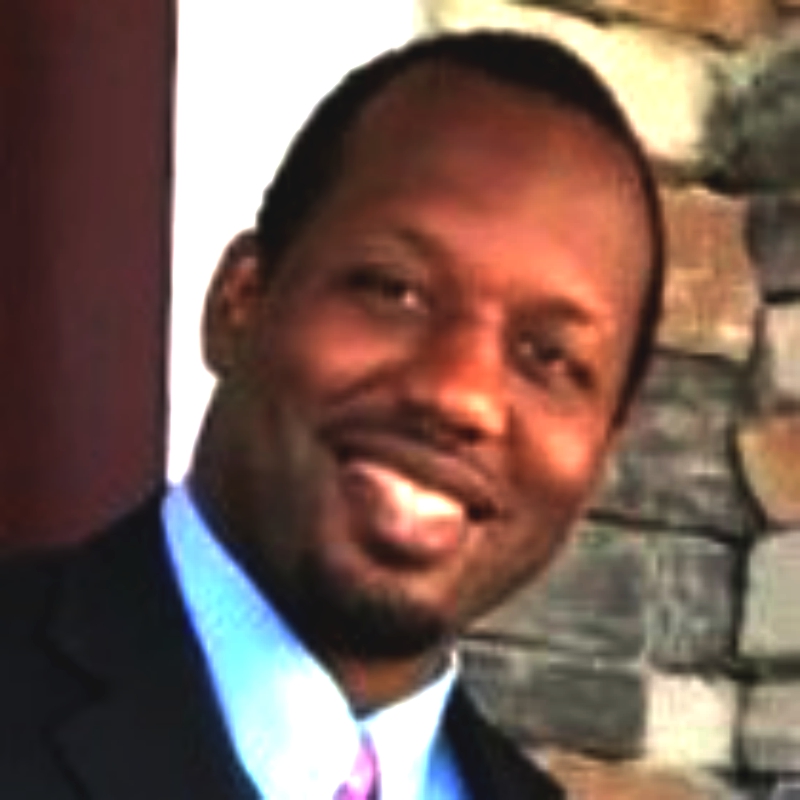 Area Scouting Director / Recruiting Coordinator
dhobbs@firststatepreps.com
(704)746-6991 (cell)
Areas Served: North Carolina, National Open Territory Prospects
Dennis Hobbs played his high school basketball career at the national powerhouse Roman Catholic High School in Philadelphia, PA. He furthered his basketball career and education at King's College in Wilkes-Barre, PA where he finished 12th all-time in scoring with 1,130 points. He led the team to 22-7 record his senior year, which at the time was the most wins in school history.

He has 15+ years of coaching youth sports which include high and middle school, AAU and youth football and basketball. He owned his own basketball training program which operated for 10 years where he provided individual and group training, summer camps and clinics. He also ran his own AAU basketball organization. He is currently a high school principal with a passion for working with kids in the Mooresville Graded School District.

Dennis has a bachelor's degree from King's College, Masters Degree in Teaching from University of Maryland Baltimore County and a Master's degree in Leadership from Western Carolina University.

Be Recruited. Get Scouted.